The history of Africa begins with the emergence of hominids, archaic humans and—at least 200,000 years ago—anatomically modern humans (Homo sapiens), in East Africa, and continues unbroken into the present as a patchwork of diverse and politically developing nation states. The earliest known recorded history arose in Ancient Egypt, and later in Nubia, the Sahel, the Maghreb and the Horn of Africa.

Simply put, Africa is the setting for the long dawn of human history. From about four million years ago ape-like creatures walk upright on two feet in this continent. Intermediate between apes and men. Later, some two million years ago, the first creatures to be classed as part of the human species evolve in Africa. They develop a technology based on sharp tools of flint, introducing what has become known as the Stone Age.

About a million years ago humans explore northwards out of Africa, beginning the process by which mankind has ruled the planet.

During the later part of the old Stone Age, humans in Africa produce some of the earliest and most significant examples of prehistoric art. Paintings on stone slabs, found in Namibia, date from nearly 30,000 years ago. Rock and cave paintings survive from widely separated areas. They range from those of the San people, in southern Africa, to others dating from about 8000 BC in what is now the Sahara.

The Sahara at this time supports not only elephant, giraffe and rhinoceros but hippopotamus and even fishes. It is a friendly landscape in which neolithic communities progress from hunting and gathering into a partly settled way of life, with the herding of cattle. Their paintings show that dogs have been domesticated and are sometimes used in the hunt – and that hunting methods include the pursuit of hippopotamus from boats made of reeds.

A careful look at the paintings also suggest that these people wore woven materials as well as animal skins. The remains from their settlements revealed that they were skilful in the art of pottery.

Around 3000 BC a climatic change gradually turned the Sahara to a desert. It seemed to have gone through a succession of humid and dry periods over the millenia. The change brought an end to the first settled culture of Africa. The Sahara become the almost impenetrable barrier which throughout recorded history had separated the Mediterranean coast and north of Africa from the rest of the continent.

Egypt’s natural links are in a northeasterly direction, following the Fertile Crescent up into western Asia. Similarly Ethiopia, the other early civilization of northeast Africa, is most influenced by Arabia, just across the Red Sea. So these two regions, Egypt and Ethiopia, flanked by desert to the west and equatorial jungle to the south, evolve at first in isolation from the rest of Africa.

But the development of maritime trade along the Mediterranean coast, pioneered by the Phoenicians in the 8th century BC, did increasingly bring Egypt into a specifically north African context. 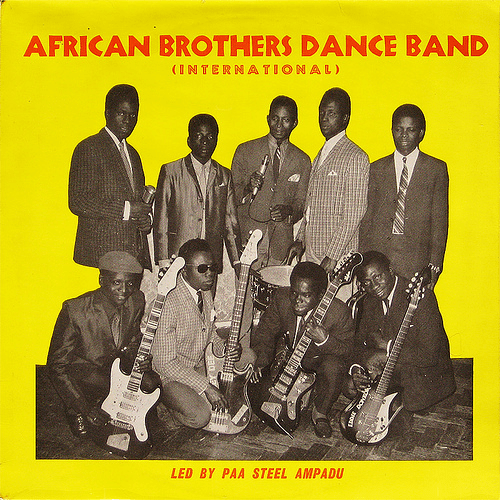